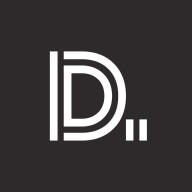 Much like the internet itself, Google’s core search algorithm is constantly expanding and evolving. To keep in front of web design trends and user expectations, the criteria for ranking pages is constantly reviewed and updated. This helps make sure users continue to receive the most useful and usable search results possible.

As part of this, major updates to Google’s core algorithm are released regularly (usually once a year). The next of these is due to commence in June, with a gradual roll out. Building on the standards established in previous releases, this update will further increase the importance of the user experience. It will also look at the key technical components that support accessibility and usability.

Here we look at what Google’s 2021 core algorithm update will include, how it builds on previous releases, and how you can prepare for this change.

Google are notoriously protective of how their search algorithm works. This extends to the planned update, with only high-level details having been made publicly available. As such, it’s impossible to know exactly what’s in Google’s 2021 core algorithm update until it’s fully released.

That being said, the company has announced a few key components.

Specifically, they have advised that this year’s upgrade will be focused on what they are calling page experience. As part of this, to achieve a top ranking, pages will now need to meet new performance criteria in relation to:

Additionally, pages that perform very well against these criteria will be noted in search results with a visual indicator. Exactly what this will look like and how it will be applied have not been announced yet.

According to Distl’s Technical SEO specialist Ryan Price this release has been designed to encourage people to invest time and resources into making the web better for the user.

“It tells webmasters and business owners they can rank better by having a faster, more performant website, especially on mobile”, he said.

How does this relate to previous updates?

In many ways, Google’s 2021 Core Algorithm Update is a logical extension of their previous releases. It’s further evidence of their championing of a “better web” and should help lift page design standards. It also further reinforces a set of minimum performance requirements that many sites are already meeting.

For example, two previous algorithm updates focused on data encryption and mobile friendliness. These created a solid base for Google’s focus on usability. They also established the framework for using ranking signals as a way to improve site standards.

In Ryan’s opinion, all three of these changes have had a positive effect.

“A mobile friendly, secure, and fast website is everything a user wants”, he said.

“And, by dangling a carrot like ‘better rankings for sites that switch to https’, it encourages mass uptake”.

What happens when these changes take effect?

While we can’t be certain exactly what these changes will practically mean, we expect the impact on most sites will be minimal. This is based on the fact that there was little ranking impact from previous algorithm updates. Even the “Mobilegeddon” release, which threatened to punish mobile un-friendly sites, did not significantly impact most sites.

That being said, particularly poor performing sites (e.g. those that take longer than 10 seconds to load) could be penalised. However, such issues would have a major impact on site performance and conversion metrics. As such, complying with the new standards would be a win-win.

Ryan believes that most people should see this update as more of an opportunity than a threat.

“The new criteria will be part of over 200 ranking signals, so it’s likely most sites will have a lot of other positive signals which will negate any impact from this change”, he said.

“And, would you improve your bounce rate by making it faster than 10 seconds? Most certainly yes!”

“So, as long as this change is handled correctly, it should be a net positive”.

What can you do to prepare?

If you’re concerned about what Google’s 2021 core algorithm update will mean for you business, there are a few things you can do to prepare.

Most importantly, you should look at the overall usability of your site. Simple things like compressing or resizing images and redirecting broken links can make a big difference. You should also look at the structure of your content and make sure it’s logical and clear.

If there are more major issues with the usability of your site, you may need to consult an expert. This is because the solution could be quite technical and require a change to your website’s code. If this is the case, it may be easier (and cheaper!) to completely rebuild your site.

If you’re a client with Distl, all of this will be looked after for you. According to Ryan, Distl has been preparing for this for at least the last four years.

“We have in-house designers and UX specialists that design with usability and page experience in mind,” he said.

“In 2016, we also changed our whole website offering to React websites to deliver the very best in speedy sites”.

“Our Account Managers also regularly review site structures and content and optimise them for the best engagement and conversion rate”.

Want to discuss this further?

We believe we’re well positioned to make the most of Google’s 2021 core algorithm update. If you’d like to discuss this further or want to arrange a review of your site’s usability, get in touch with us today.